If you need Technical Assistance, rather than calling Technical Support please complete this form for faster service. We are currently experiencing higher than normal call volumes and this method will allow us to service your issue.

Member Login
Not Yet Registered?

Though he has never been particularly active, for the past decade, Matt has enjoyed an annual backpacking trip with his friends. It was during one of these trips in April 2017 that Matt says he got his “wake up call.” He recalls that this time, he no longer enjoyed the physical aspects of backpacking and was happy when the trip was over. That experience forced him to re-evaluate his health. 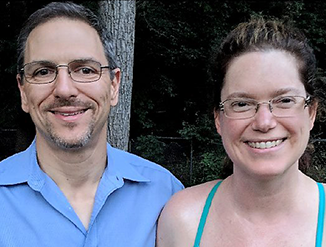 "One of the keys to the program was learning to manage my hunger. Deprivation can make cravings unmanageable which, once you feel like you have fallen off the wagon, can lead to a downward spiral."

Determined to change his habits, Matt joined the Innergy weight management program available as part of his employer’s CareFirst BlueCross BlueShield health benefits. After completing the health assessment, Matt remembers, “I was not entirely surprised to learn I was just over the line of obese, even though my family and friends said that I did not look fat.”

He began working with Sarah, his personal coach in June of 2017. Matt says, “Sarah helped me break down my goal into something more concrete—to lose 5% of my body weight—and see how I felt.” Matt also believes Sarah provided the most invaluable advice—how to not feel hungry during his weight loss journey.

When Matt reached his first 5% goal, Sarah asked whether he wanted to stop for a while or continue and he chose to keep going. Matt shares, “One of the keys to the program was learning to manage my hunger. Deprivation can make cravings unmanageable which, once you feel like you have fallen off the wagon, can lead to a downward spiral.”

Matt appreciated the knowledge he gained, which coupled with the program’s tools, empowered him to make informed decisions about whether, and how much of an indulgence he would take. He reveals, “Tracking my intake is key. It keeps me mindful of the choices I am making, and now it’s part of my routine.”

As he continued setting and reaching additional goals, Matt noticed other benefits to his weight loss; such as sleeping and feeling better. His wife also decided to join a similar program through her employer.

Together, Matt and his wife, Rachel have lost over 100 pounds! Matt says, “I believe I had such incredible results because of the personal, consistent coaching with Sarah.” In addition, Matt’s entire relationship with food has changed, “I no longer need food to be emotionally fulfilled and it’s easier to recognize the difference between feeling hungry and not full.”

Matt notes it is also important to have a framework for how and when you will indulge. He learned that saying “never again” only intensifies cravings and it’s better to form your own solid, personal rules.

As a case in point, recently Matt and Rachel returned from a 10-day cruise to celebrate their 25th anniversary. Rather than stress about what to eat, Matt made consistently healthy food choices, yet allowed himself one day to eat chocolate. When he returned, he’d gained four pounds which he considered a win as he’d set five pounds as his upper limit. “I felt I made good use of the information I learned, and I was OK with the indulgence because it was an exception, rather than a modification, of my routine.”

Matt is confident that the tools and knowledge he has gained will enable him to maintain his current weight indefinitely. Though he received abundant advice and insight, Matt shares one phrase that helped guide him throughout his journey: Make every choice count.

"I believe I had such incredible results because of the personal, consistent coaching with Sarah." 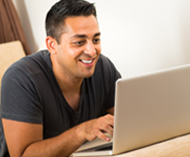