If you need Technical Assistance, rather than calling Technical Support please complete this form for faster service. We are currently experiencing higher than normal call volumes and this method will allow us to service your issue.

Member Login
Not Yet Registered?

A behavior detection officer for the TSA, Robert enjoyed good health with the exception of a heart attack suffered more than a decade ago. Still, it was a surprise when he experienced a grave heart attack—known in the medical community as the “widow-maker”—without any advance symptoms or warning.

After his discharge from the hospital, Robert’s primary care provider—who participates in CareFirst’s Patient-Centered Medical Home (PCMH) program—referred him to chronic care coordination services through which registered nurses provide one-on-one support to members with complex chronic conditions. Shortly after meeting his nurse, Krystal, Robert suffered two more heart attacks within a week of each other. While recovering at the hospital, he learned his vascular system was collapsing and there wasn’t anything they could do for him. 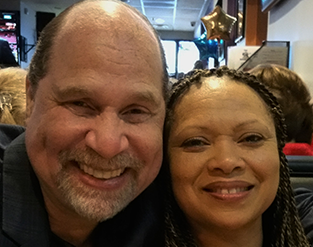 "The program is so valuable…you have a sincere, professional team and they are all about making you healthy."

“Krystal held my hand through the crisis. I looked at her as a friend, someone who understood and who I could trust,” Robert remembers. Because he didn’t experience chest pain or any “typical” symptoms with any of his heart attacks, Robert was particularly nervous about recognizing future warning signs.

Krystal provided reassurance to Robert that he would get better and also coordinated important resources. She set him up with in-home enhanced monitoring for him to check his blood pressure and heart rate daily, with results sent to Krystal and his doctors. Having easy access to real-time readings helped Robert recognize when his symptoms would occur and helped his doctors make necessary adjustments to his medications. “Enhanced monitoring helps patients become more independent because these are important activities the member feels accountable for—they know we’re reviewing their data,” Krystal adds.

Krystal also coordinated cardiac rehabilitation services and helped Robert learn about his heart condition. He says, “She educated me on eating habits; oxygen levels; things to stay away from—like salt; my optimum blood pressure levels and really monitored everything during that time span.”

When changes to his medications weren’t producing desired results, Krystal recommended a second opinion through CareFirst’s Expert Consult program. Through this program, a member’s case is thoroughly reviewed by a team of industry-leading medical experts who provide the member and their treating doctors with a detailed medical report outlining their diagnosis, recommendations and treatment plans.

Robert’s report listed several recommended changes to his medication. After his doctor adjusted his medications, Robert’s symptoms subsided and he felt better. Robert declares, “Two to three weeks after, I was a brand new man.”

Around this time, Krystal left for maternity leave and Robert was assigned to a new nurse, Alex. In reviewing Robert’s case, Alex noted Krystal had registered him for a sleep study because his oxygen levels were dropping too low during sleep. His results indicated the need for a CPAP machine, which he had yet to receive even though the request was submitted months prior.

Alex recalls, “The CPAP vendor wasn’t following through delivering this important device. Within my first week working with Robert, I called them constantly, filled out additional paperwork and finally got him the machine.”

Today, Robert is preparing to return to work. He feels lucky to have had not one, but two wonderful nurses help him on the road to recovery. He says, “The program is so valuable…you have a sincere, professional team and they are all about making you healthy. Very rarely do you have this kind of interaction between the PCP and the patient. This program has improved the relationship I have with my doctor.”

Alex enjoys her role too. She notes, “Patients can feel completely overwhelmed by their health issues and they don’t know how it got this bad or how it’s going to get better. I can help them organize and prioritize their health and get them to a better place by connecting them to the right resources, providing reassurance and support.”

"Patients can feel completely overwhelmed by their health issues and they don’t know how it got this bad or how it’s going to get better. I can help them organize and prioritize their health and get them to a better place by connecting them to the right resources, providing reassurance and support."